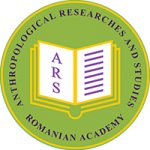 Material and methods. Data was retrieved through self and interviewer-administered questionnaire, involving 358 consenting participants that were selected through a two-stage sampling method implying convenience and random sampling techniques.

Conclusion and recommendations: The study concluded that distance is not essentially a barrier to healthcare facility utilization. It also concluded that there is a growing trend towards private healthcare facilities utilization among Nigerians when this result is juxtaposed with previous studies conducted in other locations in the country. The study recommended improved healthcare capacity building for government hospitals and provision of health insurance scheme for the people.

Healthcare utilization has been defined by Awoyemi, Obayelu & Opaluwa (2011) as the use of healthcare services by the people. The choice of healthcare facility among people may vary from person to person and from place to place depending on various factors pre-disposed to the end users. Although good utilization of health services in any society serves to improve the quality of people’s health, studies have shown that healthcare utilization by people depends on availability, quality of service, socio-economic status of the people and personal characteristics of the users (Chakraborty et al., 2005; Manzoor et al., 2009; & Onah et al., 2009).

Before the advent of modern medicine in Nigeria, traditional medicine was the main system of healthcare delivery. Healthcare delivery services during this time were offered by herbalists, divine healers, soothsayers, midwives, spiritualists, bone setters, mental health therapists, and surgeons (Awoyemi, Obayelu & Opaluwa, 2011). The first record of modern medical services in Nigeria was discovered during the various European expenditures in the early-to-mid nineteenth century, as being provided by doctors brought by explorers and traders to cater for the well-being of the Europeans, while the natives were left to die from their diseases (Chuke, 1988).

However, after more than a century since those European explorers left the shores of Nigeria, the story seems not to have changed. There seem to persist challenges accessing modern healthcare services by the people. A health survey conducted in Nigeria in 2008 revealed that the majority of the people in the country have no health insurance coverage to cater for their health bills (***Nigerian Population Commission, 2009), which suggests that a large number of the people in the country pay for their health bills from their pocket (Out of Pocket). This, however, connotes that utilization of healthcare facilities by the people in the country would depend largely on their socio-economic status, thereby largely informing their choice of healthcare facility utilization.

Studies conducted in and around Nigeria over the years have shown that the choice of healthcare facility utilization depends on the health-seeking behavior of the people and many other factors pre-disposed to the people. For instance, a study carried out in Sagamu, South-West Nigeria, revealed that private hospitals, teaching hospitals, patent medicine sellers, and maternity homes, in that order, were the most preferred type of health facilities due to competence, effective treatment, promptness of service and quality of service (Abiodun & Olu-Abiodun, 2014). A related study conducted in Ilorin, North-Central Nigeria, also revealed that private for-profit health facility was the most preferred healthcare facility, which was informed by the promptness of service and availability of drugs (Abodunrin et al., 2010).

A further study conducted in South-Eastern Nigeria has also suggested that patent medicine sellers were mostly utilized (Uzochukwu & Onwugekwe, 2004). However, Tanimola & Owoyemi (2009) have found out that cost was a major determinant of health-seeking behaviour of people in Ayangba North Central Nigeria, but Awoyemi, Obayelu & Opaluwa (2011) have argued that the choice of healthcare facility utilization in the area is greatly informed by the waiting time, especially in government-owned hospitals. They argued further that long queues are found in such hospitals, affecting the turnaround time for treatment and complacency on the part of the health workers as a result of having had to attend to many patients daily.

Katung (2001), Chukwuani et al. (2006), Sule et al. (2008) have also suggested that poor quality of services and poor attitude of staff are the major contributing factors responsible for the underutilization of healthcare facilities in developing countries. In addition, the competing nature of traditional medicine and traditional medicine practitioners with that of the modern medicine and medical doctors is also a major concern that is posing a threat to the utilization of modern healthcare facilities in the country. A survey conducted in Benin City in Edo State, South-South Nigeria in 1998, revealed that, for every signpost that indicated modern healthcare facility in the city, there were also three others that indicated traditional health facility (Awoyemi, Obayelu & Opaluwa, 2011). This suggests that quite a number of people seek medical attention in more of traditional medicine and spiritual homes than hospitals and other modern medical facilities in the country.

Various explanations have been put forward by theorists to explain the determinants of healthcare facility utilization among people. Anderson (1968), for instance, in his Healthcare Utilization Model identified three basic factors that may determine the utilization of health facility by people. The first one he identified is called the propensity factor, suggesting that an individual will likely utilize a health facility if he/she believes that such health facility will be useful for his/her treatment. The second factor called enabling factor includes access to health insurance, family and community support, as well as the location of the individual, while the third factor, called the basic need factor, which entails perception of the need for health services, is socially evaluated.

Rosenstock & Becker (1994) on the other hand came up with the Health Belief Model, which is centered on four basic assumptions. The first assumption suggests that an individual will seek health service if he or she believes he/she is vulnerable to disease. Secondly, health facility utilization depends on the severity of the illness, while the third assumption contends that an individual will seek healthcare service where he/she can get the best service at the minimum cost. However, the last assumption suggests that individuals’ choice of healthcare facility utilization depends on influence from friends, family members and the media. It is against this background that this study examines the factors determining the utilization of healthcare facilities in Eyenkorin, Kwara State, Nigeria.

The study was conducted in Eyenkorin, a suburb of Ilorin, the capital city of Kwara State, North-Central Nigeria. Eyenkorin is located in Asa Local Government Area of Kwara State, one of the sixteen Local Government areas of Kwara State. The town is bordered by Ilorin city and Afon, the headquarters of Asa Local Government. It is a nodal town that links some part of the South-West Nigeria with Northern Nigeria. The town is inhabited by settlers from various cultures, mostly from the Yoruba, Hausa, and Ibo tribes’ majority of who are from the Yoruba tribe.  A large number of the inhabitants are traders, trading in consumables and engaging in other petty trading, while others engage in peasant farming and transport business. The settlement is about five minutes’ drive from the center of the city of Ilorin. It is a dispersed settlement with many houses located far apart from one another and littered with shops. Eyenkorin has one district health center, two clinics and maternity homes (http://kwarastate.gov.ng/asa/). There is also a number of patent medicine stores scattered around the town.

The study has been able to assess the options for using certain health facility services among the participants and the reasons behind their choices. Result, however, showed that the most utilized healthcare facility among residents in the studied area is the General hospital situated in Ilorin and Afon, representing over one-fourth of the participants. This was closely followed by the Private hospital accounting for about one-fourth of the participants while Health centers, Teaching hospital, Spiritual homes, Traditional homes, Patent medicine sellers and Maternity homes followed, in that order. The choice of health facility among the participants was informed by effective treatment, quality service, cost, the attitude of health workers, professional competence, waiting time, and distance in that order.

These findings are, however, not in agreement with those reported in the earlier study conducted by Abodunrin, et al. (2010) in Ilorin, North-Central Nigeria, that showed that private-for-profit health facilities were the most preferred healthcare facilities by the people. In addition, the findings of this study come to contradict the results of the study carried out by Abiodun & Olu-Abiodun (2014), in Sagamu South-West Nigeria, which found out that a private hospital was more preferred by the people. The current study revealed that people are gradually turning towards private healthcare facilities and that distance is not necessarily a barrier to healthcare facility utilization if people consider that they will get good treatment for their illness.

The study examined the factors determining the utilization of healthcare facilities in Eyenkorin, a suburban community in Asa Local Government Area of Kwara State, North Central Nigeria. 358 consenting participants from 18 years and above were included in the study, being conveniently and randomly sampled from the studied population. Primary data were retrieved through a self and interviewer-administered questionnaire that contained both open and closed questions. Results showed that the most utilized healthcare facility among the respondents is the General hospital in the neighboring towns of Afon and Ilorin, which was closely followed by the private hospital. According to the study, participants’ choice of health facility was informed by effective treatment, quality service, cost, the attitude of health workers, professional competence, waiting time, and distance, in that order.

The study revealed that distance is not essentially a barrier to healthcare facility utilization; it also revealed that there is a growing trend towards private healthcare facilities as a choice of medical services among the people of Nigeria, a result also supported by previous studies conducted in other locations in the country. The study, therefore, recommends that government should improve capacity building for the government hospitals by equipping them with updated armamentarium to meet the current health needs of the people. It also recommends that government hospitals should reduce the bureaucratic process to the barest minimum to avoid delay in delivering medical services, since waiting time is an important factor influencing the use of healthcare facilities, especially in government owned hospitals, such as general and teaching hospitals and primary health centers. Finally, the government should make health insurance available to the people by subsidizing their health bills and thus reducing the financial burden on individuals.